Today seemed like a good day to trash the front barn and start spreading blankets from one end to the other in order to get them sorted and ready to distribute all around the farm. It felt weird sorting blankets on a sunny, 80 degree (26C) day. We had a couple of residents with new blankets, and they found it even more odd that we were putting blankets on them to make sure they fit correctly. The expression on their faces when we threw the blankets on were a mix of confusion and horror. For a few fleeting moments I think they feared being trapped in a blanket on a day that was sunny and 80 degrees.

The only resident on this farm who wouldn’t complain about wearing a blanket on an 80 degree day is Sparky the donkey. I’m convinced he would wear his blanket 365 days per year. While the horses are all ripping their blankets to shreds and removing them, Sparky is very protective of his blanket and it never has a thread out of place.

Our seven day forecast looks like a continuation of the same forecast that we’ve had . . . forever? Sunny and 80 degrees and not a drop of rain in the forecast. I think the NWS moved our area from severe drought to extreme drought. Definitely not a move we wished to make, but it is what it is.  I’m 100% fine with 80 and sunny. I’m not fine living in what feels like the Sahara desert.

Now that the growing season would be coming to an end in a few weeks anyway I’m sure it will start raining again at about that time. We wouldn’t want to have less mud than normal, that would be unacceptable. Mother Nature is fine with wrecking the growing season, but she rarely thinks it a good idea to lower the mud quotient. Sigh. 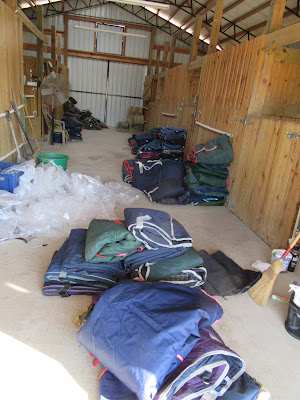 some days are a great day for a gallop; Gibson leading the way followed by Flyer, Lotus, Romeo and George . . . 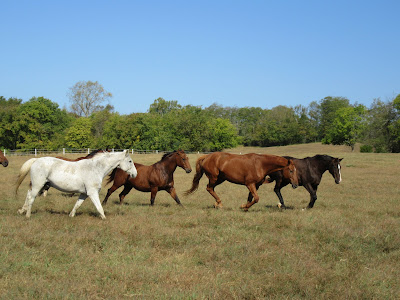 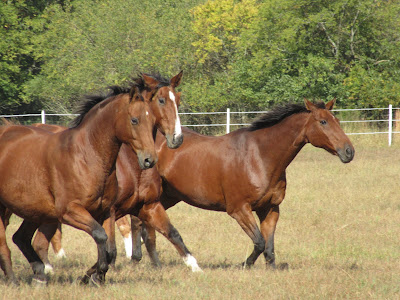 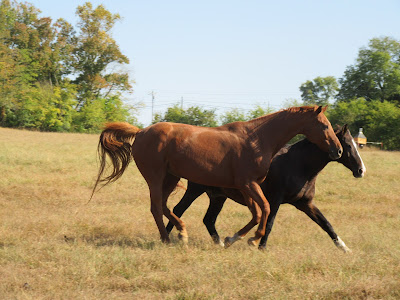 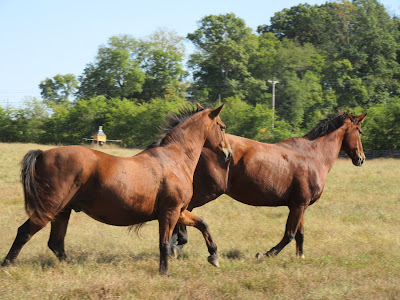 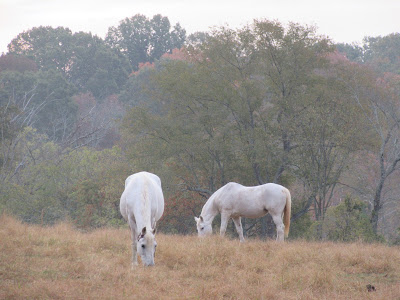 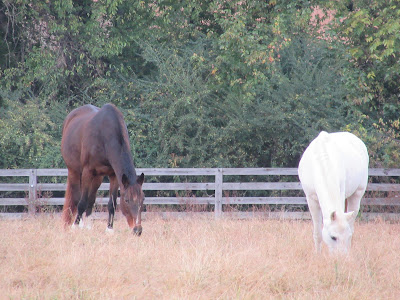 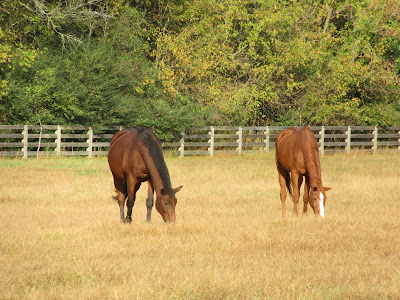 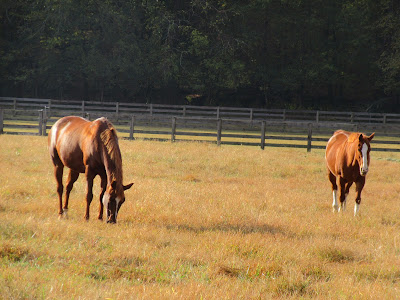 Faune and Cocomo having an early morning play session 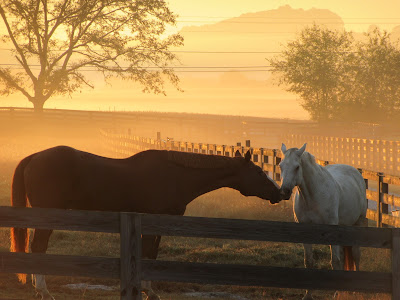 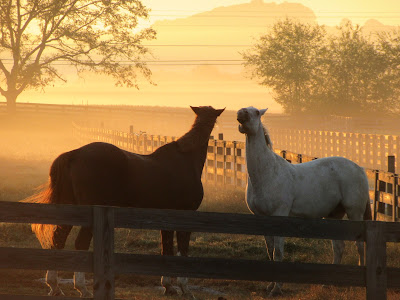 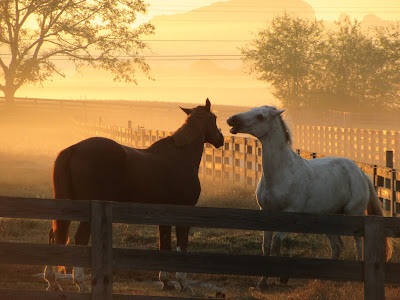 Revy and Homer hanging out 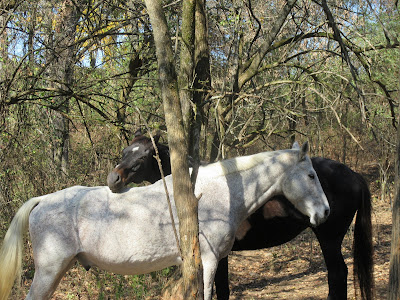 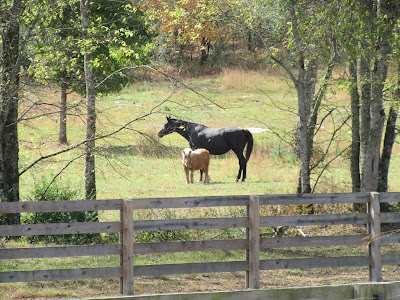 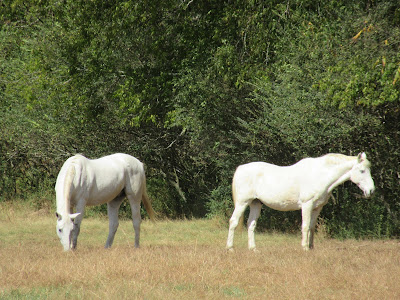 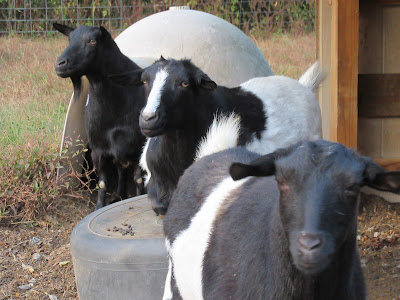